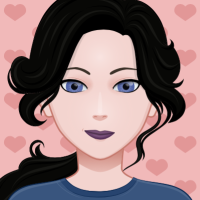 Hi everyone, Leslie here! I've got a special treat for you today. Kyndra Hatch, author of Finding Moghaa in Pet's in Space 5, joins us to talk about her story and how she came up with her pet. Or rather, pets...

C’hase is a mogha, a beloved sentient canine-like creature of Korthan space that forms a once-in-a-lifetime companion bond with a single biped, usually a Korthan. Moghas do not share the same beloved status with humans, who know them as Hellhounds of Korth. They are a formidable ally and weapon against the humans throughout the territory war between the humans and Korthans.
Hedge is a molk, a reviled pest of Korthan space that is generally a packrat whose long claws can dig holes through medal, a problematic feature when trapped on a spaceship made of medal. Even though a Korthan creature, Korthans can do without molks. Humans, however, have been known to have a molk as a pet. But no one has ever seen a mogha with a pet molk.

Molly is a chicken, a regular run-of-the-mill Earth yard bird.
Dani, the heroine of the story, is a human cargo freighter captain that hears the voice of a child in her head. When she finds a Hellhound puppy in a lab, she learns the voice is the puppy and rescues him, smuggling him off the human space station in a cargo of chickens.

Before leaving the lab, C’hase insists they take what to Dani looks like some sort of space rat. C’hase claims the rat is his friend, is named Hedge, and Dani can’t resist.
While amongst the chickens, Hedge takes a liking to one particular hen, who C’hase says is now called Molly.

So, as K’vyn, the hero of the story, figures out— C’hase has formed the once-in-a-lifetime mogha bond with a human. The mogha pup has a molk as a pet and the molk has a chicken as a pet.

The following snippet features C’hase and Hedge. Dani witnesses a bit of cooperative hunting and wonders if C’hase has a bond with Hedge like the one he has with her.

Dani watched the young mogha chase a multi-winged insect, jaws snapping as he tried catching it in his mouth. He finally reached up in the air with his front paws and grabbed it between extended fingers. Antennae twirling as he sniffed and inspected it for a second, he released it, starting the chase all over again.

A squeak sounding to her right, Hedge joined the hellhound in his chase. Could there be a bond between the two like the one she had with the mogha? Were they communicating with their minds?

The mogha stopped in his tracks, Hedge devouring the insect in the next instant, an iridescent wing hanging from the little creature’s mouth.

Yea, he can hear me. C’hase was unconcerned Hedge just ate the flying bug, scratching behind his ear with his hind leg.

Dani pursed her lips. “No, I mean, can he hear you like you can hear me? Does he understand you?”

C’hase held up an extended finger, pointing at the rat.

The creature started digging, dirt flying in all directions.

Watching the space rat, C’hase’s tail twirled. Then he raised his head at Dani, tongue hanging out as he panted, smiling expression proud. See? He understands me.

“But he’s digging. You told him to sit.”

C’hase’s tail stopped twirling and his antennae drooped a bit as they watched Hedge disappear into the ground. Then his antennae rose again. He thinks sit means dig.

Kyndra Hatch, the author of Finding Mogha, writes action-packed science fiction, fantasy, and paranormal romance when she’s not watching for falling stars and avoiding gators at her Florida home.